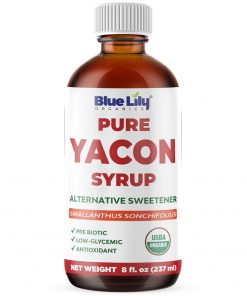 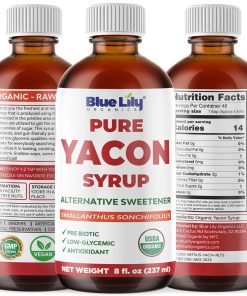 ✔️  NATURAL ALTERNATIVE SWEETENER: Our Yacon Syrup is a 100% vegan, natural sweetener, and sugar substitute! With half the calories of pure cane sugar and a low glycemic index, It is the perfect alternative sugar free syrup. The Yacon Root, also known as Yukon gold potatoes, undergoes a process to get the best flavor. The juice is extracted, filtered, and evaporated, resulting in a naturally sweet syrup with a molasses-like color and consistency.

✔️  100% NATURAL, ORGANIC & DELICIOUS: Blue Lily Yacon Root Syrup can be used in endless ways! It’s perfect as a natural sweetener without spiking insulin levels or leaving an unpleasant aftertaste. This organic, keto syrup is also great as a healthy replacement for honey in a vegan diet! Whatever your needs, simply replace your sweetener with a bit of our Syrup, for a healthy, natural alternative!

✔️  PERFECT DIET FOR OVERALL HEALTH: Our Yacon Root Syrup is a natural prebiotic, supporting your gut health by nourishing the good bacteria in your digestive system. Not only is our Yacon Syrup easy to use, but it’s also full of other health benefits, supports lowering blood glucose levels, energy levels, bone density, supporting your overall immune health, and supports weight loss, our Yacon Organic Syrup is perfect for you!

✔️  EASY TO USE & BEST SYRUP FOR PANCAKES: Our Yacon Syrup is super easy to use! Running late in the morning? Simply add a bit of Blue Lily Yacon Syrup to your morning coffee for a boost in the morning! Trying to stay healthy? Supplement maple syrup on your pancakes for this guilt-free sweetener. Or just add it in your baking and cooking without compromising on a great flavor!

✔️  OUR PROMISE TO YOU: At Blue Lily Organics, we make an effort to make sure all of our products are of the best quality they can be for our consumers. All our ingredients are high-quality, vegan, non-GMO, and USDA certified. This includes Blue Lily Yacon Root Pure Syrup, which is tested in the US. And at absolutely no risk, this bag comes with our 100% satisfaction guarantee for 365 days! So you can be sure you are treating your body with the very best!

What is Yacon Syrup:

Yacon Syrup is extracted from the tuberous roots of the yacon plants. They grow in the mountainous region of the Peruvian Andes. Although Yacon weight loss syrup is sweet, it only has half the calories as sugar and has a low glycemic index. This makes it an excellent alternative sweetener. Being prebiotic also promotes healthy bacteria in your gut. Just add it to your tea, and smoothies or drizzle it over your pancakes. You have the same sweetness, but healthier!

Yacon consists of a fiber called fructooligosaccharides (FOS), which act as a prebiotic. In other words, as a substance that keeps intestinal bacteria healthy. FOS also occurs in onions, asparagus, wheat, tomatoes, chicory, and other fruits and vegetables.

The heart of Yacon has a number of healthy aspects, but high potassium levels should be mentioned first. Potassium is a vasodilator, which relaxes the blood vessels and reduces tension in the cardiovascular system. This means an increase in blood flow and oxygenation.

Many researchers say eating Yacon can help increase weight loss. Since it is not starch (as with most tubers) that fills you up and contains very few calories, it is believed that this leads to weight loss. It may also be caused by the mild laxative effect of Yacon (possibly due to fiber content) and the increased feeling of fullness that people feel after consuming this sweet plant.

Aging has many disadvantages, one of which is bone loss. As people who evolve over the years making every effort to rely on specially formulated calcium supplements and dairy products, bone loss is more or less inevitable. Yacon can correct this with regular use, because it can easily accumulate the bones, especially the spine, due to its natural properties. 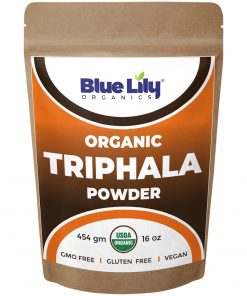 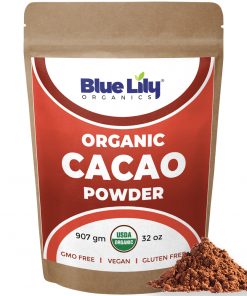 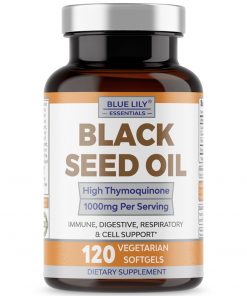 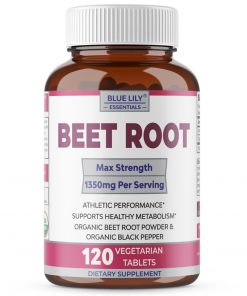 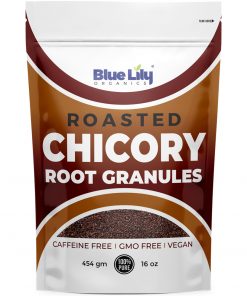 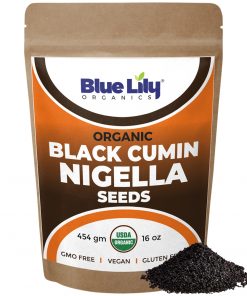 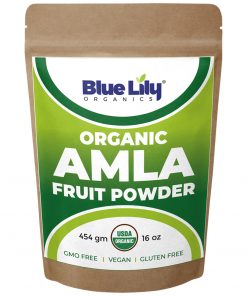 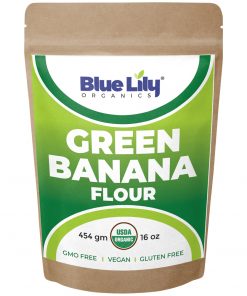